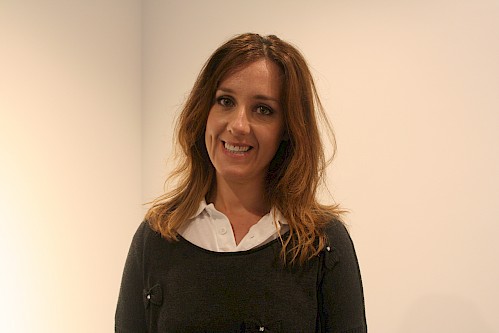 Will to Give’s Management Committee and what they do

By Will to GiveSeptember 9, 2016No Comments

Elley Martin has 12 years of fundraising experience in the charity and higher education sector in Northern Ireland, Scotland and the UK. She is experienced in the set up and delivery successful Individual Giving Programmes to deliver sustainable regular income, alongside effective supporter database management and supporter care.

She has held the position of Chair of Will to Give since October 2014 and member of the IOF NI Committee since August 2016.

Kevin introduced the Cancer Research UK Free Will Service to Northern Ireland and quickly grew the number of solicitor partners from zero to 18.  He also manages a legacy income pipeline of just over £1.3 million.

Kevin previously managed a large community fundraising budget for Cancer Research UK, which he grew by 24% in the first year.  He has also worked for Action on Hearing Loss as an Employment Co-ordinator and Citizens Advice Bureau as an Advice and Advocacy Officer.

Clare has 15 years of fundraising experience in the charity sector in Northern Ireland.

Clare’s employment history includes positions at NICHS, Action Cancer, and for the last 10 years she has worked as the sole fundraiser for Disability Action. She has experience in Events, Corporate and Community Fundraising through her different roles.

Clare has held the position of Secretary of Will to Give for the last 2 years.

Sharon has worked for Northern Ireland Hospice for 12 years.  During this time she has held various income generation roles overseeing areas such as community, trusts, legacies and in memory.  As the first Legacy Officer appointed by Northern Ireland Hospice Sharon has devised a strategic legacy programme and she is responsible for an annual legacy income target of £1.3million.

Sharon is the current Treasurer for Will to Give and she is also a member of the management committee.

Prior to her hospice role, Sharon has held various sales & marketing positions in both the UK and Spain.

A Queen’s Alumna, Susan joined as Legacy Officer and the University’s first dedicated legacy resource in 2010. She set up a bespoke legacy fundraising programme and marketing strategy for legacy giving which has yielded a growth in legacy enquirers from 30 per year to over 160 per year, and generated an income of over £5m in the last 5 years.  Prior to this role, Susan has worked in marketing roles for over 20 years in Northern Ireland and the UK.

Eimear has over 12 years of fundraising and marketing experience within a mixed portfolio of community, corporate, events and major donor whilst working on capital appeals at LauraLynn House and CLIC Sargent’s Homes from Home Appeal before taking up her most recent post with Marie Curie.

As Marie Curie’s first dedicated Northern Ireland Legacy Advisor her role is to raise awareness of the importance of Gifts in Wills to the charity. By organising a programme of Gift for the Future and stewardship events, developing partnerships with local solicitors and delivering a Will Writing scheme she aims to help more people to talk comfortably about making a Will and consider leaving a Gift to Marie Curie.

A long term member of the Regional Institute of Fundraising in Northern Ireland, she was Committee chair in 2015. Prior to joining the fundraising profession, Wendy worked in both the Private and Public sectors; where she played a formative role in setting up the inaugural South Tyrone area strategic partnership, whose remit was to administer and distribute Peace, Leader and Interreg money for the benefit of local communities.

Jane’s current role as Donor Development Manager focuses on direct marketing, including the management of all aspects of Cancer Fund for Children’s individual giving programme and the planning and delivery of both supporter recruitment and development. She is responsible for developing communications plans for current and potential donors and developing standards of donor care and data management.

Deirdre Murphy has 13 years of fundraising and marketing experience in the Voluntary sector in Northern Ireland. Having worked in areas such as Corporate, Major Donor, Events, Community and Legacy fundraising with Concern Worldwide, The MS Society and Action Cancer.

Deirdre currently works in a part time position as Support Officer for Will to Give which involves assisting with membership, undertaking administration support, helping with funding and supporting online marketing activity to include social media, e-newsletters and web content.

Prior to this Deirdre worked for two years as Fundraising Advice Officer at NICVA providing training, support and advice to charities and voluntary groups.

In 2015, Deirdre studied and was awarded a merit in the Institute of Fundraising diploma.