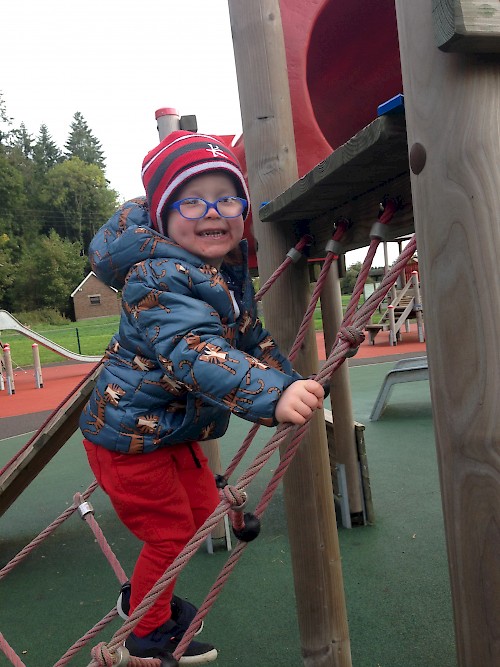 A gift in your Will could make a huge difference to children and families who are dealing with disability and poverty as a result of leprosy.

Akifah was just a toddler when her mother noticed strange nodules on Akifah’s skin. Her mother had also been feeling unwell, her body ached painfully, but she ignored it and put it down to the stresses of looking after her young family.

But as the pains grew worse, a friend suggested she see a doctor. When Akifah’s mum finally plucked up the courage to go, she was in for a shock – she and her two children (Akifah and her younger brother Abdul) were all diagnosed with leprosy, a disease that many people think has been eradicated, but each year, around 200,000 people around the world are diagnosed with it.

By the time they were diagnosed, Akifah was about eight years old and leprosy, which attacks nerve endings in the hands and feet, resulting in insensitivity to pain, had already caused a lot of damage. Akifah’s hands were clawed which meant she could no longer hold a pen to do her school work and she struggled to walk due to foot-drop and so she was unable to run or skip or play games with her friends.

On top of this, Akifah’s father abandoned his family – as is often the case, he was very fearful of the disease and couldn’t accept what had happened – which meant the Akifah’s mum struggled to make ends meet.

Currently, Akifah is waiting for reconstructive surgery to restore and improve function to her hands and feet. In the meantime, The Leprosy Mission in Nigeria is working with Akifah to teach her how to look after her hands and feet to prevent further damage or infection.

The Leprosy Mission carries out thousands of reconstructive surgeries on children and adults every year, improving their lives and giving them hope for a better future.

Akifah has dreams of starting her own business when she is older.

Your support is vital in helping to treat, diagnose and prevent leprosy in children. If children are not diagnosed early enough, the chances of them developing some form of disability are very high. And yet leprosy is so easily treatable – a simple course of antibiotics will completely cure the disease.

This is how leaving a gift in your Will could make a long-lasting difference to leprosy-affected children and families:

You can find out more about leaving a legacy on their website: www.tlm-ni.org